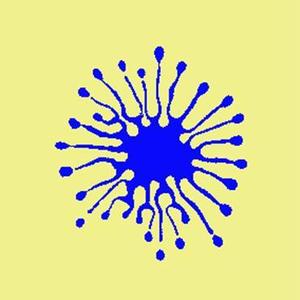 I am full professor of condensed matter physics at Universitat de Barcelona (UB) since 2002, and founding member of UBICS, the University of Barcelona Institute of Complex Systems. A physicist by training, I am motivated by fundamental problems in mechanics and thermodynamics of continuous media with potential application to engineering, which I approach mainly from an experimental perspective complemented by analysis and modeling. In my early research years I worked on signal analysis in calorimetry, thermodynamics and kinetics of structural transformations in solids, and hysteresis and metastability in phase transitions. Two papers in Acta Materialia and one in J. Appl. Phys. from that period are still being frequently cited, accumulating now a total of 286, 136 and 113 citations according to Web of Science. More recently I focused on problems of nonlinear dynamics of interfacial instabilities in fluids, two-phase flows in disordered media, and hydrodynamic instabilities in complex fluid flows. For all these problems I designed and constructed novel experimental setups, some of them still operational. In addition to regularly participating as a senior researcher in R&D projects funded by the Spanish government, I coordinate a Nonlinear Physics research group at UB that has been singled out and systematically funded by the local government of Catalonia since 2001. My current research interests focus on hydrodynamic instabilities and pattern formation in Newtonian and non-Newtonian fluids, interfacial fluid dynamics in disordered media, and hysteresis, metastability and avalanches in disordered systems. My publication records, according to the Web of Science, amount to 97 scientific publications indexed in the JCR (10 of them in PRL, 15 in PRE, 6 in PRB, 3 in J. Appl. Phys., 3 in Phys. of Fluids) that add up to 2,263 citations, with an average of citations / year in the last ten years above 80. More than 95% of my publications in the last 20 years have appeared in journals ranked in the first quartile (Q1). I am also a regular reviewer of PRL, PRE, JNNFM and other scientific journals ranked in Q1. I received my PhD in Physics from UB (1983), and this same year moved to UIB (Universitat de les Illes Balears) where I was assistant professor (1983-1986) and associate professor (1986-1988). In 1988-2002 I became associate professor at UB (1988-2002). I have been also a visiting researcher at Katholieke Universiteit Leuven (Belgium, 1986/87), University of Pittsburgh (USA, 1992/93) and École Normale Supérieure de Lyon (France, 2011/12). I hold 6 consecutive positive research evaluations ('sexenios'), the last one still alive (2012-2017), and 7 consecutive positive teaching evaluations ('quinquenios'). I have supervised a total of 8 doctoral theses (6 in the 2004-2017 period), and I am a member of the Royal Spanish Society of Physics, the Catalan Society of Physics, and founding member of the Spanish chapter of lnterPore. In June 2000 I received the first distinction of the Catalan government (Generalitat de Catalunya) for young university researchers. In addition to my research, I have been deeply involved also in higher education. I am the author of two textbooks, on classical mechanics and statistical physics respectively. Finally I have served in various positions of institutional responsibility at UB, as department head, head of undergraduate physics studies, and academic responsible for scientific common facilities.