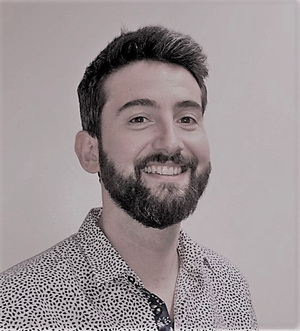 In February 2009, he started his postdoctoral activity in the Catalonia Institute for Energy Research (IREC), where he was hired as a postdoctoral researcher for 6.5 months. This contract finished when he won a position as a Lecturer Professor for 5 years at the Department of Electronics of the University of Barcelona in public open competition. Since, September 2014, he is appointed as Assistant Professor at the Department of Enginering at the same institution. These two positions imply research as well as lecturing duties in Degree, Master and Doctorate programs, where he has taught more than 1000 hours of lectures. He has independently supervised 14 Degree and Master Theses, as well as 5 Doctorate Thesis (Dr. Carlos López Gandara, Dr. Núria García, Dr. Martin Hoffmann, Dr. Sergio Illera, Dr. Oriol Monereo). Currently, he personally supervises the work of 4 more Ph.D students.

His research interests are centred in the development of novel device concepts with better and new performances by means of integrating nanomaterials in conventional microelectronic systems.

Since 2007, he has published 75 articles in international, peer-reviewed, journals. These works signify activities initiated independently by the applicant with different national and international groups, as demonstrated by the great diversity of co-authors. Overall, his published work has received more than 1500 citations and his h-factor is currently 22 (source ISI WoK, excluding self-citations). Additionally, he has co-authored 10 book chapters and more than 180 contributions to conferences, with 20 invited talks in peer-reviewed international conferences.

In parallel, he has also carried out technology transfer activities with the industry, participating in 12 R&D contracts. He holds the co-authorship of 3 Spanish Patents, transferred and extended to several European countries. He has also funded a spin-off company, Electronic Nanosystems (2008), awarded with the prestigious Solvay Prize 2008. Recently, his valorisation and technology transfer activities have been recognized with the VALORTEC 2011 Prize of the Regional Government of Catalonia.

As a member of the Department of Electronics, he is ascribed to the Group of Micro-Nanotechnologies and Nanoscopies for Electron and Optoelectronic Devices (MIND), in which he leads the research in design, modelling and characterization of nanodevices for sensing applications. The research of his current work-group, formed by 2 postdoctoral young researchers and 3 Ph.D students, is funded by personal national fellowships and by the projects enlisted below.

As for the research management, he has been Principal Investigator in 5 R&D Contracts with the industry, devoted to materials deposition and characterization, device test and application-specific electronic design, and in 2 National Projects funded in competitive calls. He is also Manager of the Committee for Training Schools of the EuNetAir COST Action TD1105. Recently, he has been awarded with an ERC Starting Grant and an ERC Proof of Concept by the European Research Council.

A new low-power instrument for impedance measurements in biomedicine based on FFT. Application to Interleukin-10 protein detection

Low-current instrument for voltammetric measurement in biological and nanoscale applications