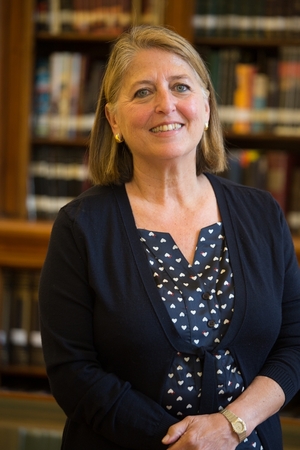 I am an Accredited University Professor (since 2010), Full Professor of Philosophy of Law at the University of Barcelona. Director and principal researcher of the Observatory of Bioethics and Law ... + info

I am an Accredited University Professor (since 2010), Full Professor of Philosophy of Law at the University of Barcelona. Director and principal researcher of the Observatory of Bioethics and Law at the University of Barcelona, and since 2006 I hold the UNESCO Chair in Bioethics at the same university. Head researcher of the Research Group 'Bioethics, Law and Society' of the Generalitat de Catalunya, accredited since 2005.

I am the creator and director of the UB Master's in Bioethics and Law, which has been taught without interruption since 1994 (it is now in its 26th year).

I am the author of 183 publications, I have participated in 69 national and international research projects (R&D), I have led 20 competitive research projects at a national level, 2 thematic networks of excellence, and many research contracts. I have directed 9 doctoral theses. I received a Salvador de Madariaga postdoctoral scholarship and I have received the Narcís Monturiol Award of the Generalitat de Catalunya for the contribution to scientific and technological progress.

Details of my research and publications can be found in Portal de la Recerca de Catalunya https://portalrecerca.csuc.cat/orcid/0000-0003-1586-9502/

I direct the 'Materials on Bioethics' collection of Ed. Civitas Aranzadi, the 'Bioethics Collection' of Ediciones UB accredited with the ANECA quality seal and co-directed the 'Bioethics Collection' of Ed. Gedisa, with Javier Sádaba. I created and co-direct Revista de Bioética y Derecho, quarterly online publication indexed in SciELO, SCOPUS, Carhus +, ERIH Plus, DOAJ, Latindex Catálogo, Dialnet, ISOC, RACO, DIU, RESH, CCUC among others. I coordinate the Collection of Documents of the Bioethics and Law Observatory Opinion's Group (since 2000). I am a member of the Dikasteia Teaching Innovation Group of the UB (since 2000).

My research deals with the ethical, legal and social implications of biotechnologies and biomedicine; in other words, the philosophical-legal issues between Bioethics and Law, as well as the discussion and analysis of the so-called 'difficult cases' raised by the new biotechnologies and biomedical applications. Currently, my work is oriented to analyze -from the recognized Human Rights approach- the Oviedo Convention and its adaptation to the new social and scientific reality; the ethical, legal and social impacts of the new technologies in research and reproduction, the questions that entail genomic edition, pending topics in the field of the assisted human reproduction, the implications linked to the forensic use of the DNA, the aging, the change of the research model in the neoliberal context, and also, integrity in the research and formation in bioethics

Member of the National Commission for the Forensic Use of DNA; of the Ethics External Committee of the National Banc of DNA; of the Assistance Ethics Committee of the Barcelona Hospital. Member of the Horizon 2020 workgroup on ethics of the LERU League; of FECYT Experts Group on the European research program 'Science with and for the society' (SWAFs); and of the workgroup on Big Data of the Center of Excellence in Big Data in Barcelona
Since 2004 she is director of the Journal of Bioethics and Law at the University of Barcelona
She was part of the Board of Directors of the International Association of Bioethics and she is co-coordinator of its Ibero-American Network
In 2006 she recived the Narcís Monturiol Award from the Generalitat de Catalunya for her contribution to the scientific and technological progres. In 2007 she became UNESCO Chair of Bioethics at the University of Barcelona