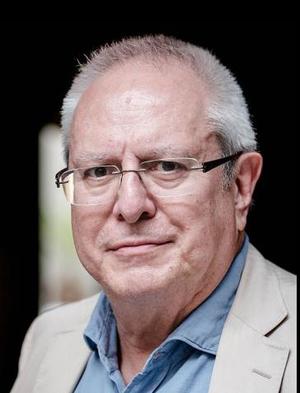 Prof. Dr. Joan Josep QUERALT JIMÉNEZ (1951) finished his Bachelor's Degree in Law at the UB (1972) and his PhD in criminal law at the UAB (1982), both awarded with 'First Extraordinary Award'. Since 1995 he's been Criminal law Professor at Law School of University of Barcelona. After being assistant at the UB (1972-1975) and making a predoctoral research stay (funded scholarship granted by the Deutscher Akademischer Austauschdienst, DAAD) in the Institut für die gesamte Strafrechtswissenchaft (Prof. Dr. Claus Roxin, Munich) he made pre and postdoctoral researches (1977-1988) at the Universities of Bonn-Prof. Armin Kaufmann-, Frankfurt-Prof. Hassemer - and at the MPI of Freiburg im Breisgauwith with scholarships granted by the Council of Europe, DAAD, Max-Planck-Gesellschaft and Deutsche Forschungsgemeinschaft. Professor Queralt performed teaching jobs both at the UAB (1977-1991) and the ULPGC (1991-1995). Between 1988 and 1992 he worked as Legal clerk at the Spanish Constitutional Court.

Since 2016 Professor Queralt has been Head of the Department of Criminal law, Criminology, Public International Law and International Relationships.

Besides participating in the above-mentioned Masters, not only does he participate in the Master Degree in Security Management Strategy, but he teaches also in the Law Degree.

He has been involved in several research projects and he is currently the Head Researcher on the following R+D founded ones: 'Preventive and reactivate strategies against corruption', 'Corporations and criminal liability: accusation (attribution, limitation, exclusion) and co-autorship along with individuals' and 'Freedom of Speech and Theory of Crime'. In December 2009 Professor Queralt became a member of the Academic Quality Commission of Law School as well as member of the Ethical Committee of Medical Research (CEIC) of the Bellvitge University Hospital in 2007. He was the first elected director of 'TransJus', Faculty of Law School Research Institute, between 2013 and June 2016. In addition, Professor Queralt takes part in several editorial boards and scientific Committees.