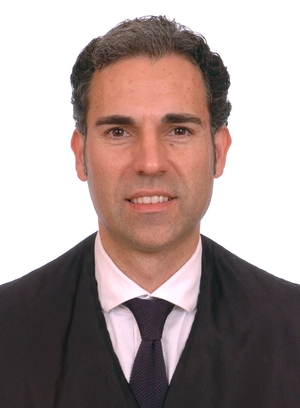 During the course 2014-2015 he held the position of Assistant to the Coordinator of the Master's Degree of Legal Practice co-organized by the UB and the ICAB. Since the academic year 2013-2014 coordinates the Program of Professional Internships in the Degree in Criminology and in 2015 was appointed Deputy Director of the Criminology Studies.

Apart from the University, he held a position as Deputy Judge in the Provincial Court of Barcelona (July 2005-November 2009 / July 2011-May 2015) having delivered more than 200 resolutions. Since 2009 it is part (not integrated as a member of the institution) of the Clinical Research Ethics Committee (CEIC) at the University Hospital Vall d'Hebron.

Among the different lines of research in which the teacher Hortal have worked on there are labor criminal law, illicit acts linked to the immigration phenomenon, the traffic criminal law, sexual offenses and ICTs and the penal response to white-collar crime. Until now he has published a total of 12 articles in magazines; 7 items in collective works; 1 monograph and coordinated three collective works. He has participated in the development of various handbooks and commentaries published by prestigious publishers under the direction of Professors Drs. Mirentxu Corcoy Bidasolo and Santiago Mir Puig. He have two periods of research recognized by the Catalan University Quality Assurance Agency (2002-2008 and 2009-2014).

He has participated as a speaker at several national and international seminars organized by prestigious universities and institutions linked to the criminal justice system (CGPJ, Judicial School, the Bar Association of Barcelona, ​​Institute of Public Security of Catalonia ....).